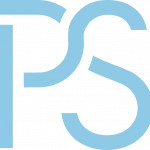 Register now, add a year with the Guild

The Presentation Guild promotes presentation design and production as viable professions. It recognizes the skills and expertise of storytellers, designers, users of presentation software, and public speakers. The Guild provides opportunities for members to expand their knowledge and abilities in all of these areas.

If you are here considering attending the Summit, you probably are a good candidate to join the Guild, as well. And in the month of June, you can do both with one click of the mouse.

Sign up to attend the Summit, either as a roomie (in person) or as a Zoomie (virtual).

You will receive an email with simple instructions on how to begin a new membership with the Guild or extend your existing one for a year.

A Legacy of Partnership

The Presentation Summit and the Presentation Guild are cut from the same cloth. According to Guild lore, the idea was first conceived during a Tuesday night outing at the 2015 conference. That meeting took place at the Hard Rock Cafe in the French Quarter of New Orleans, and those who attended that first gathering are affectionately referred to as the Guild’s Hard Rockers.

The Guild’s first annual meeting was held at the conference, its unofficial coming-out announcement took place at a conference luncheon, and most of its founding members and current leaders met one another at the conference.

The Presentation Summit is proud of all of this shared DNA and delighted to be able to celebrate with this promotion.